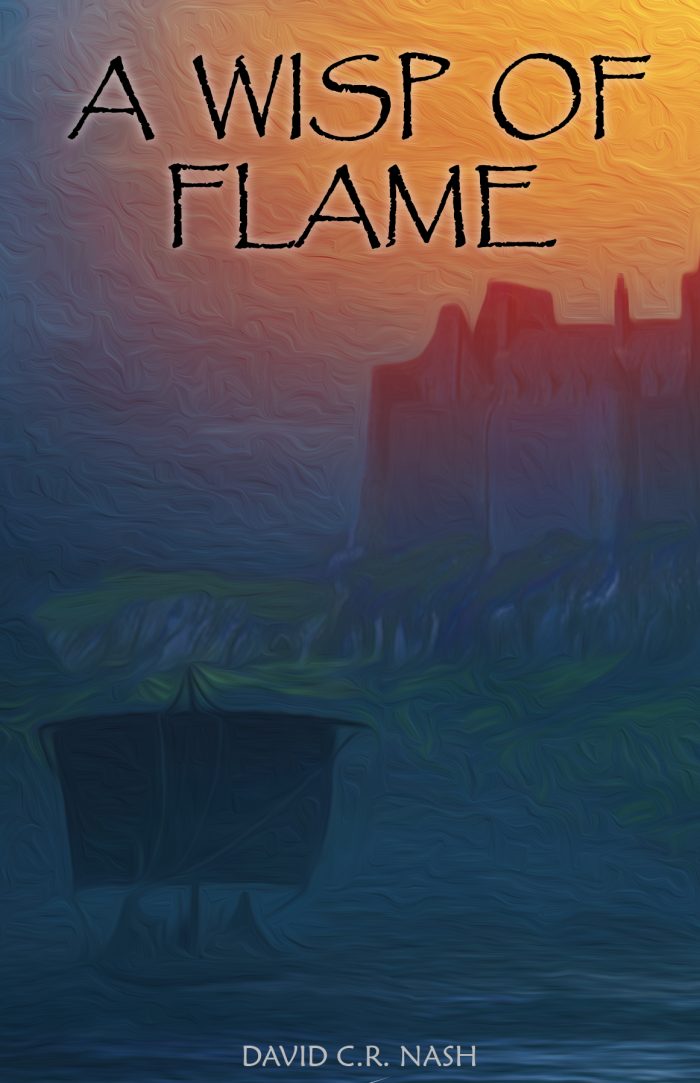 A Wisp of Flame

“Nan Sop” translates roughly to “The Wisp” or “The Flame” in Scottish. Ailean “Nan Sop” Maclean lived up to those words.

A pirate, a rogue, and a canny statesman, Ailean “Nan Sop” MacLean went from a single stolen ship to becoming one of the greatest and most feared pirates in England, Scotland, and Ireland.  Eventually commanding a fleet of thirty warships, he conquered vast tracts of land, castles, and terrorized merchant shipping and coastline towns.

Buy your copy now and discover the story of one of the last Viking pirates!

Based on the facts and fables of his life, this is the story of Allen (Ailean) MacLean (1498-1551), Scotland’s Last Viking Pirate who is called in history “Nan Sop”.”David Nash has done a remarkable job of putting perspective on the many myths and historical facts concerning Allen “Nan Sop” Maclean. Creating a reasonable and convincing story from a small handful of historical facts is a daunting task. Nash has accomplished that with this book. He had to tackle the many conflicting sources, separate myth from fact and then weave it all into a story that puts flesh onto the bare bones we know about Nan Sop. Even answering the simple question of how long did Allen Nan Sop live? So, when did Nan Sop live? The question comes down to when exactly did Hector, son of Nan Sop, inherit his father’s lands? The answer is 1552. Therefore, I conclude Nan Sop died in late 1551 or early 1552. Nash also had to sort through the many myths involving Allen Nan Sop. Those he chose to weave into this book are those that meet the reasonable test as based upon historic fact, at least partially.David Nash captures the animosity between the Clan MacLean and the Clan Campbell and their Chief, the Earl of Argyll better than any history book. The author has used the archaic spellings of names for both Ailean (Allen) and his brother Eachann (Hector Mor), and others, such as Tearlach (Charles) and as much setting texture, i.e. details of weapons, clothing, towns, ships, etc., as he could to put the reader into the time of Nan Sop.It has been my pleasure to be David Nash’s historical consultant for this project and I applaud him for staying true to what history we know of Allen ‘Nan Sop’ MacLean.” Ronald W. Collins, author of “The Genealogy of the Clan MacLean”

Want more information on the setting for this novel? Check the World Anvil link below!
Visit the Mu'Zim World Anvil Site